The One Thing E.L. James Did Right

Just finished the much acclaimed, and criticized, Fifty Shades Trilogy by E.L. James.

Did I love it? The story? Of course I did. Did I think a lot of it was silly writing and difficult to continue reading? Yes. But anyone as hopelessly romantic as myself, would love it and quite easily be absorbed and mesmerized by the story and characters. Why? Because we all want what we can’t or don’t have, simple as that.

Then again, we know it’s fiction. Which is why I think women love the book even more; there’s always that doubt that you won’t find that someone. It’s easier to fall in love with the fictional story.

The one thing I thought E.L. did well as a writer, was the epilogue at the end of Fifty Shades Freed, it brought the entire trilogy full circle, as well as me…to tears. The epilogue was written through Christian’s eyes, which she does gently in the prologues of each book. Christian as a child recently adopted by the Grey’s, Christian the day he met Ana, and Christian the day he decided to go meet her at the hardware store. His insecurity mixed with his stubborn personality and controlling needs…it was eye-opening to finally read from his vantage point.

The big question:  the movie and casting. Being that this was Twilight fan fiction, I can’t pull myself from how similar the characters were to Edward and Bella, and we all know how much I loved the Twilight series. I don’t think I can picture anyone but Robert Pattinson and Kristen Stewart playing the roles. I have heard rumors of Emma Watson though, and I do think she’s awkward/beautiful enough post-Harry Potter, but can you see her as anyone but Hermione? Who knows. I leave it in the hands of the major motion picture gods.

This will forever be the way I imagine the Grey’s/Cullen’s: 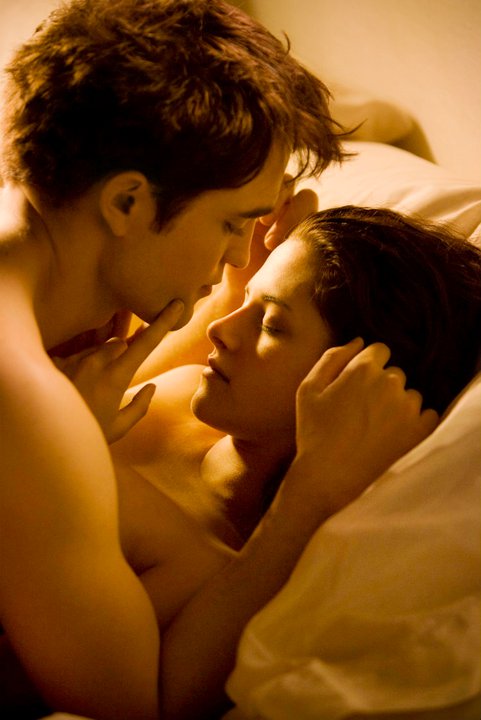