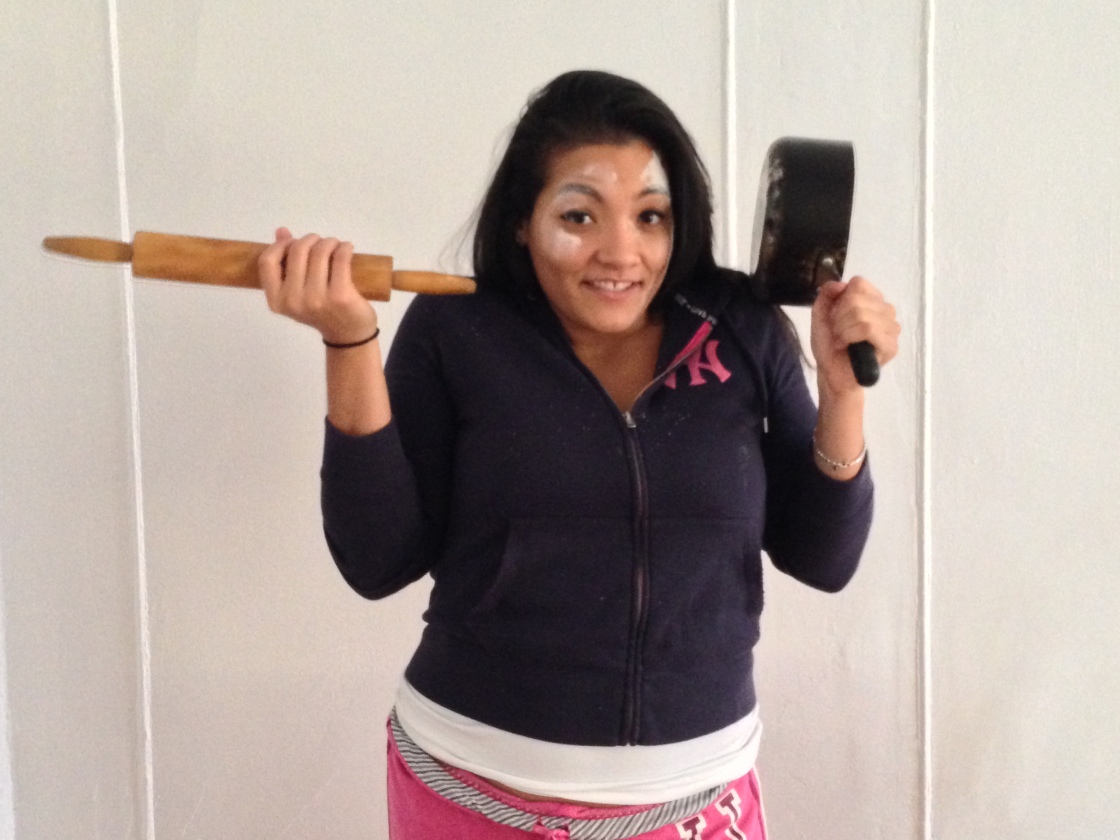 My friend Peter posted this last night on Facebook and I could not agree more,

If I could sell the feeling of laying in my bed right now, I’d be the wealthiest person ever.

Although I’d edit it a bit, and say something like “if I could sell the feeling of just being home all weekend…”, there’s still nothing better than being home. Along with choosing to stay home although then comes hunger and binge-snacking whilst binge-watching Netflix. Since I knew I’d be home all weekend, and don’t normally have anything in my fridge other than these items, I chose to go food shopping Friday night and prepare for a couple of “cooking” sessions in my kitchen; which as we know from years ago is barely used because I don’t cook.

This weekend I tried Challah French Toast and Stuffed Peppers with Ground Turkey. Both came out pretty good!

LEARNING: I have to make sure to consider the measurement of ingredients, i.e. I used the entire can of diced tomatoes when I didn’t use the entire pound of ground turkey. I should have adjusted measurements for everything based on the fact that I used half the pound. The extra diced tomatoes made the mixture a bit runny, but very good nonetheless! I used this allrecipes.com recipe.

LEARNING: Make sure the oil doesn’t get too hot before you put the bread in the pan. I kind of burned the first two pieces because it was too hot. Flame should be relatively low as to allow the challah to cook on the inside, as well as brown on the outside. Otherwise, deeeelish!

To my cooking-disabled, how are you trying to play and learn in the kitchen?