So… In mid-November I started a new job at a digital agency in midtown south. As great as it has been, I created close bonds with my former coworkers, bonds that just can’t be broken.

Angela, my asian sensation from Hong Kong, then Philly, Ms. I-can’t-stop-dancing-at-the-club (CIELO to be exact) and I don’t care what I wear I’m fabulous!

and…Ben, Mr. Onion, you have to peel his layers back to get to know him, he doesn’t trust just anyone, but he’s an amazing guy non-the-less. Oh, how could I forget to mention… australian too from Maine ( this is the reason I’m writing this post, and why I’m so thoughtful.)

as well as Santi Clause and his elves… 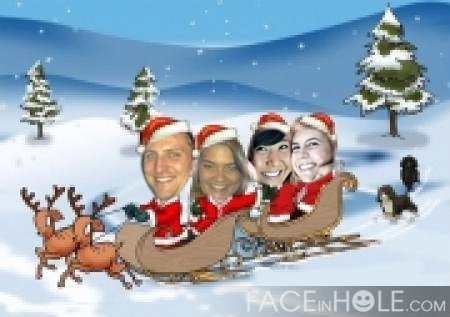 But the best… is MATES. Ben, because he’s Australian, calls people Mate all the time, and Angela, Meghan and I just didn’t like the word Mate because it’s very masculine. So somewhere down the line we decided we wanted to be called FEmates. I was 1, Ang 2 and Meghan 3, and Ben was Male Mate.

So for the holidays I decided that I wanted to solidify our bond for life by dubbing us TEAM MATES… like Team “Mates” but also “TEAMMATES”… see that little play on words?

I got these awesome shirts printed for us, and brought them over to Shiraz for them to open together and try on! Look how great!

Obvs couldn’t have FEMATE on all the shirts, so I used nicknames that we have acquired along the way! ANJULAH (because she reminds us of MULAN the princess) and Uncle Ben well because he’s like the Uncle that comes over with a bag of his belongings and crashes and drinks and doesn’t leave your home for a couple of months; the other 2 are self explanatory. (I have to get the “family portrait” I drew of the office, I’ll update post with it soon.)

Just look at all the fun we used to have:

❤ my mates… they’re going to kill me when they see this!!!