As you may, or may not know…. I have a crush on a guy at the gym. HAHA. Nothing new- Suaz fixates over some hottie, who may or may not even know I exist. It’s usually really brief and ends in my losing interest and/or attention. 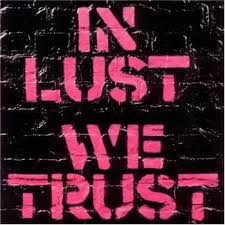 Any who, said more-recent lust victim, seems to be as curious as myself! We go to the gym at the same time, and we keep bumping into each other. And due to the latter and NOT any form of excessive stalking, I know his car, where he parks, and around what times he goes to the gym.

To no avail have we exchanged more than smiles, but we legit are always within visual distance. Odd really.

So, while I contemplated, but was talked out of, leaving my card on his windshield with a cute note on the back- I decided next time I see him and smile… I might also say, HEY and wink! JUST like this: (jk)

Then I got to over-analyzing what a wink really means!?

As per Wikipedia: “A wink is a facial expression made by briefly closing one eye.[1] A wink is an informal mode of non-verbal communication usually signalling, depending on context, sexual attraction or shared hidden knowledge or intent.” There are all different types of winks! Check it:

A single wink usually implies some sort of acknowledgment or approval.

In some cultures it is usually a sexual interest, or flirtatious manner, during momentary eye contact. This is often followed by a smile, and usually a smile from the receiver, if it is accepted/approved, or combined with blushing if they are embarrassed. A smile from the receiver sometimes—but not always—indicates (sexual) interest in the winker.

It could also be used to express agreement or approval, similar to that of a “thumbs up”, or could be used to express to another an understanding (of what they are saying or feeling), sympathy, humor, or to try and put the receiver at ease if they look nervous or uncomfortable.

Two winks in a row often was used by the sender as a subtle way to imply something said by the sender, immediately beforehand, was “sneaky”, “tricky”, “misleading”, or “untrue” to the receiver. This, in time, went from a subtle body gesture, to an ironically not subtle expression of vocally saying “wink wink” while winking, or sometimes while not even winking at all.

To close and open, or “wink”, both eyes is usually an involuntary action known as a “blink”. Though if done intentionally, in a particular way (such as once slowly or a few times in a row quickly), while giving a sweet or suggestive look with the eyes, often with the head tilted or at an angle in combination with the shoulders, is known as to “bat an eyelash”, “bat/batting eyelashes”, or “flutter/fluttering eyelashes”. This is most commonly done by girls, as a way of flirting, showing interest, or in an attempt to persuade the receiver.

“On Air Force One, 22 November 1963, immediately after Lyndon B. Johnson takes the oath of office as President of the United States following the assassination of President John F. Kennedy earlier in the day. Some commentators have interpreted the photo to show Congressman Thomas winking at Johnson.”

Even breaks it down into cultural specific differences in The West, Africa, Asia and Latin America.  Read more>>

I’ll let you know which WINK I go with tonight! Stay tuned…