And Then There Were 4

In case you missed it, Man Cave resident Foodie & Baseball aficionado Frankie @Feed_MEE, shared his MLB postseason picks last week– did you have similar picks? As we all know, we’re now down to four and things are getting intense (although not very exciting– Suaz is a Yankees fan.) Click here for the game schedule.

Okay, so one of my predictions moved on from the division series. In case you have not been following, this year’s playoffs are NUTS! Three of the four series went to a game five and all three of these games were decided by one run. Talk about down to the wire. Without further ado here are my predictions for the League Championship Series and World Series.

Once again I am going to drop the Rangers simply because Detroit’s pitching surprised me against the Yankees. Fister won one of the two games he pitched, just like I expected. I was not expecting Max Scherzer to step up the way he did though. I look for this pitching staff to stay hot and once again shut down a mighty offense, this time at the Texas Rangers’ expense. They can win it in six but they will need some offensive help now that Delmon Young is not in the roster due to his injured oblique.

The St. Louis Cardinals have stunned baseball by eliminating the team with the best pitching staff and best record in the majors. They finished them off by shutting down their powerful lineup. All-in-all the Cards have been a great story this season but the Brewers are still the better team. I believe their pitching is deeper than the Cards’ and if you’re looking for hitters who can put up runs faster than Pujols and Berkman, Ryan Braun and Prince Fielder are your men. Making this series even more interesting is the fact that the teams share the same division and were deadlocked 9-9 against each other during the regular season. I say the series goes back to Milwaukee where the Brewers will eventually win it all in a dramatic game 7. 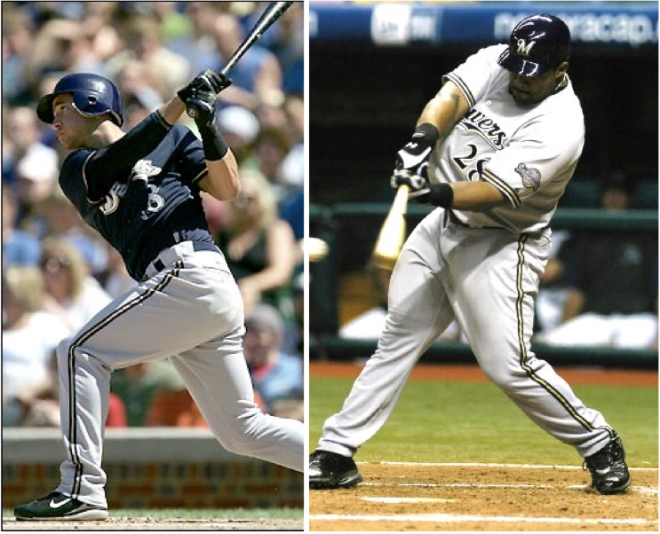 I expect to see Prince Fielder and Ryan Braun holding up the Commissioner’s Trophy at the end of it all.