One of my favorite media buys/marketing efforts- is OOH & Guerilla marketing, because it allows for out of the box, strategic marketing implementation, which, I die for.

NYC MTA allows for major buyouts of their cross-town Shuttle- which every time, is so fantastic to step into, it’s like a completely different world, under the filth, grime and homelessness that is the NYC subway system. They do what’s called “Coating the Cars” & full stations too, decals from inside and out- and now have built-in mini tv’s as well for video. In hopes of bringing in 120M in revenue through advertising, the MTA is also exploring  3D images, in-tunnel advertising, and, exterior ads for commuter trains as well.

It seems as though major networks do it for new shows- but who’s done it recently? Step into the Shuttle, at least this week, and get your eye on some FIERCE photos of Lady Gaga and HP, promoting Lady Gaga’s new album “Born This Way” and HP’s Veer. 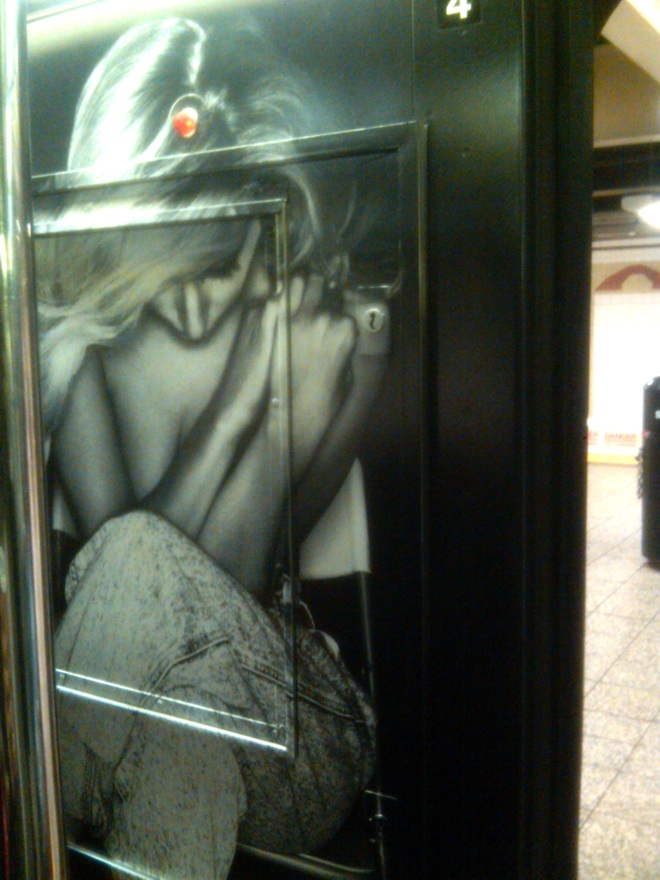 Kudos to Starbucks as well for taking the big step into Celeb collaboration with Gaga. Her album is on sale in Starbucks, which was to my surprise because Starbucks rarely carries “most influential woman” albums- they also went social with a scavenger hunt:

“Gaga fanatics can follow her exploits and search out clues. There are gaggles of prizes, but the top winner gets special access to a Lady Gaga concert during her 2012 world tour.”; what they’re calling a “PR lovefest that will make Lady Gaga an over-the-top digital and promotional presence in Starbucks U.S. stores through June 3.” Read more>>

Tying back to my intro and OOH/Guerilla marketing: check out these awesome campaigns! Thanks to @AdamMaldonado for sharing: http://bit.ly/kk1aX3